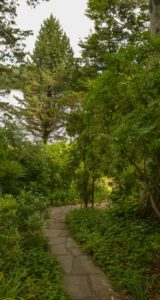 There are many different ways that OCD can show up in people’s lives.  Imagine that you had to live with one or more of these fears:-

That you were alone with the fear that you might molest, or had molested, your much-loved little son, and so withdrew from him;

That you could not tolerate being in the kitchen with your lover or mother  because there are knives there and you could stab her;

That you were never able to make a commitment  because you could not be certain that you really loved anyone, so you were alone;

That you could not use a public bathroom because of fear of contamination, so you couldn’t spend more than a few hours away from home;

That you could never get to work on time because you had to take hour-long showers to make sure your body was clean, and check repeatedly that the stove was off.  You lost your job.

That household tasks had to be done in a certain order, often repeatedly, so that you sometimes could not eat or drink until 3pm because of the intense discomfort that you felt if your surroundings were not “just so”.

That you had to take in everything on the page when reading, even the page number, so that you worked so slowly you were getting bad grades.

Imagine the shame and loneliness, the overwhelming sense of being “bad” and “crazy”, that many people experience when they have OCD but haven’t yet been educated about the illness.

Just knowing that there is a name for this illness, and that other people have it too, creates hope, and begins the process of changing the relationship to the distressing thoughts. Medications (usually high doses of SSRI antidepressants) are very helpful for OCD, and often essential if the patient is also depressed. However, people who prefer to avoid medications can often make a lot of progress with therapy alone.

The effective treatment for OCD is Exposure and Response Prevention (ERP).  Just talking is NOT effective. (Acceptance and Commitment Therapy for OCD will be discussed in the next post. It helps people understand their anxiety in a different way, and find the motivation to start and stay with exposure treatment.)

To prepare for exposure, therapist and patient together make a list of situations which provoke the patient’s distress.  Gradually the patient exposes him or herself to the obsession-triggering situations, without doing any compulsions.  (Compulsions can be acts, such as excessive hand washing, or omissions, such as avoiding the person the patient fears she will hurt.  They can also be mental rituals to “undo” or “prevent” the feared harm, such as thinking about “lucky” numbers or ritualized, compulsive praying. ) Most people start with easier exposures and work towards the harder ones. The exposures can be done in session or at home.  Some exposures are done with “scripts”.  The client writes a story about the feared situation (such as molesting her cat) in the session, making it as detailed as possible, and reads it daily for homework.

Recently I headed out to walk around the neighborhood with an OCD client.  We walked on opposite sides of telephone phones and signs, and he trod on cracks in the pavement.   He laughed and said that I have a “funny job.” It’s true.  I’ve spun around telephone poles and led a blindfolded client around the streets and been to the cemetery and the hospital and eaten mushrooms and nuts in session.  I’ve not had a client who was afraid of stabbing just anyone  – (Often the fear is about harming loved ones specifically.) –  but I would be happy to sit with an OCD client with a knife in my office.  Clients really do get used to the feared situation, and learn that they can tolerate the anxiety, and what was so difficult in the beginning becomes quite tolerable eventually.

OCD often “runs in families”.  However, the particular form the obsession takes is usually linked to a deeply-held personal value.  People who love animals and children fear harming them.  Devout people fear breaking rules of their faith. People who are very responsible become obsessed with not omitting any precaution to avoid others getting hurt.  Health-conscious people fear contamination.  The  person with OCD gets “stuck” when he or she has a thought about something horrific or forbidden, or when he or she experiences intense discomfort because something is not arranged “just so.”   This is not because of some “unconscious” desire to do or contact whatever it is that is feared.  Research indicates we probably all have such thoughts, but that most people can so easily dismiss them as absurd that they barely notice them. The OCD client is so horrified he or she can’t let them go.

The next post in this series will be about Acceptance and Commitment Therapy for OCD.